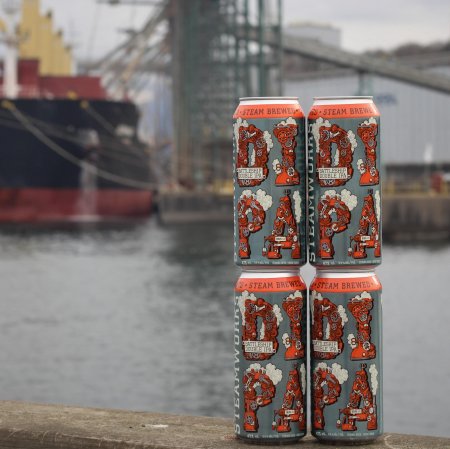 VANCOUVER, BC – Steamworks Brewing has announced the addition of a new limited edition beer.

Battleship is loaded with juicy hops that pack a punch. A bright nose leads to big tropical fruit flavours and a full mouthfeel. This nautical vessel of destruction has been dry hopped not one, but two times, giving it big hop flavour with fantastic balance and drinkability despite its bold appearance and high ABV.

Battleship is available now in 473 ml cans at both Steamworks locations, and starting next week at select private liquor stores throughout British Columbia.