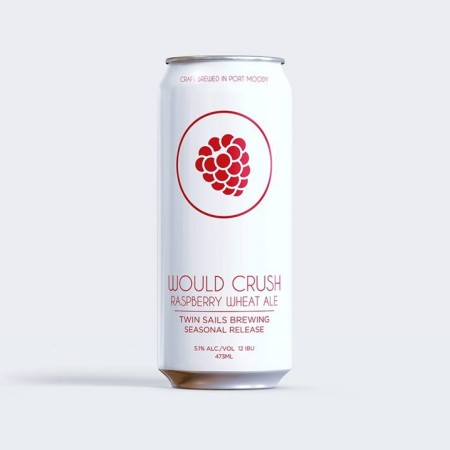 PORT MOODY, BC – Twin Sails Brewing has announced the launch of a new full-time brand.

This beer started as a traditional American style Wheat Ale, packed with flaked and malted wheat. We selected a yeast strain with a lower ester profile than its traditional European cousins. We then loaded it with raspberries until the lid blew off! This beer is teeming with raspberries, backed up by a creamy mouth feel and light crisp malt profile.

Would Crush will be released on Saturday March 16th in 473 ml cans at the Twin Sails retail store and online shop, and at select private liquor stores starting next week.