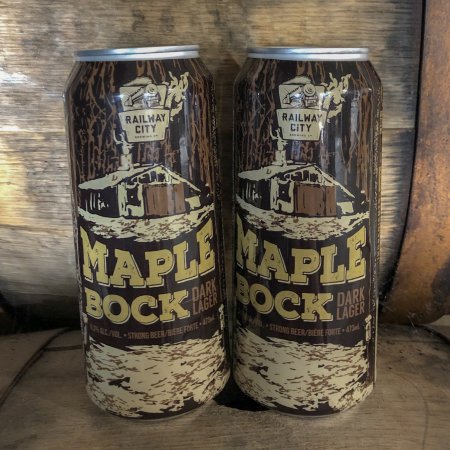 ST. THOMAS, ON – Railway City Brewing has announced the annual return of its spring seasonal beer, which is a “malty dark lager that features nature’s tastiest treat.”

Maple Bock includes notes of molasses and dark maple syrup as well as dark fruit such as raisin and fig. On the palate, plum and toffee are foremost with a hint of chocolate. Like a good lager, Maple Bock is highly drinkable and impeccably clean with a crisp finish. It has a hint of sweetness with a minimal hop profile and produces a creamy mocha head that is dense in texture with little lacing.

This year’s edition of Maple Bock out now in a limited run of 473 ml cans, available at the Railway City retail store while supplies last.