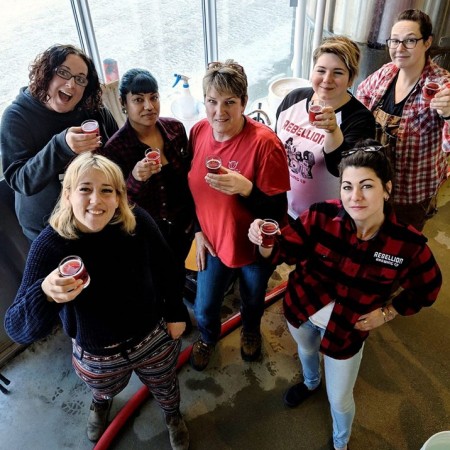 REGINA, SK – Rebellion Brewing has announced details of a new beer that was brewed “by women in support of women.”

Brewed using an exclusive blend of hops from the Pink Boots Society, it’s described as having “bright, tropical aromas with a tart, guava flavour, balanced by creamy smooth lactose sugar and a touch of vanilla.”

Guava Milkshake IPA will be officially launched at Rebellion on Friday March 29th. Proceeds from its sales will be donated to The YMCA of Regina to support its services that empower women and children in the community.