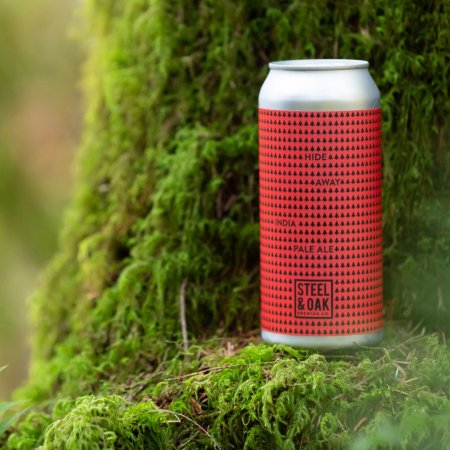 NEW WESTMINSTER, BC – Steel & Oak Brewing has announced the release of the latest in its rotating series of limited edition IPAs.

Hideaway IPA is described as follows:

We like hazy IPAs just as much as the next person but we prefer them when they finish a little dry. Juicy up front, dry in the back, like a beer mullet of sorts. That is exactly what this latest IPA is! Brewed with Pilsner malt, rye, flaked oats and dry hopped with Vic Secret, Azacca, and Simcoe, Hideaway has tropical notes of pineapple, mango and tangerine with a hint of pine. It pours hazy and finishes dry and with a touch of spice.

Hideaway will be released tomorrow (March 28th) in 473 ml cans and on tap at Steel & Oak. Cans will also be available at select private liquor stores.