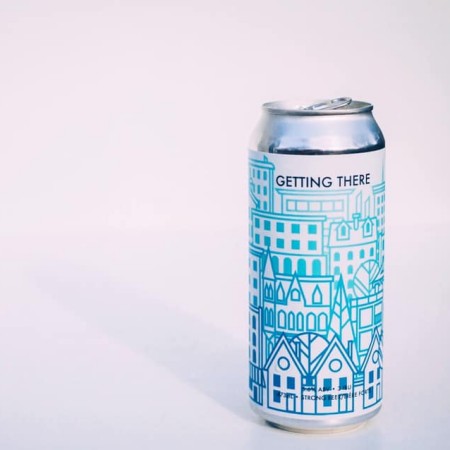 HALIFAX, NS – 2 Crows Brewing has announced release details for a new limited edition beer that is “influenced and inspired by the great sour beers of Belgium.”

Getting There is a foedre aged golden sour described as follows:

Brewed a year ago with a base of barley and raw wheat, we created a starchy wort via traditional turbid mashing and hopped only using aged hops. We fermented this beer in foedre with a whole host of cultures we harvested and propagated from no fewer than a dozen of our favourite Belgian sour beers. We let the beer condition in oak for 10 months, then packaged with priming sugar and fresh yeast and allowed the beer to carbonate naturally in the can for about 2 months. Elegant, with a bright minerality and notes of lemon sherbet, hay, and subtle barnyard funk.

Getting There will be released this Saturday March 30th at 12:00 noon, and will be available at 2 Crows in 473 ml cans while supplies last.