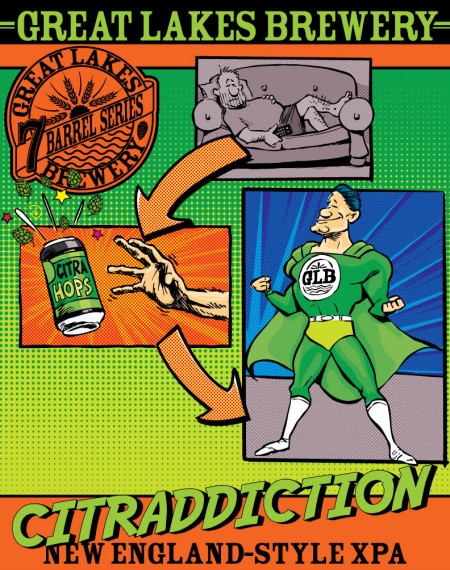 TORONTO, ON – Great Lakes Brewery has announced details of three hop-forward ales – one new and two returning – that will be released tomorrow (March 29th) in its retail store and taproom.

Joining Citraddiction in the fridge and on tap will be the latest batches of Meanwhile… Down in Moxee American IPA (6.5% abv, 65 IBU) and RoboHop Imperial IPA (8.5% abv, 100 IBU).

All three beers will be available in 473 ml cans in the GLB retail store, with the latter two set to be distributed soon to LCBO stores throughout Ontario.