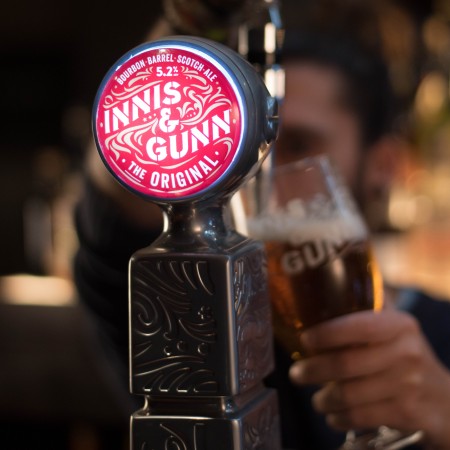 TORONTO, ON – Innis & Gunn (I&G) has announced details a new partnership that will see several of its brands produced at Toronto’s Brunswick Bierworks for the Ontario market.

I&G beers including The Original, Gunnpowder IPA, and Lager will be brewed at Brunswick with the same recipes, ingredients, and barrel-aging processes that are used in Scotland, and will be distributed in 30 litre kegs to bars and restaurants throughout the province. Bottled and canned product will continue to be imported from Scotland.

“Innis & Gunn is the number one imported craft beer in Canada,” said Nic Rennie, I&G’s Country Manager for Canada, in a statement. “Our Canadian fans are incredibly important to us, and they deserve the best possible experience every time they order a pint of our beer. A locally brewed Innis & Gunn is a fresher Innis & Gunn – it’s as simple as that.”