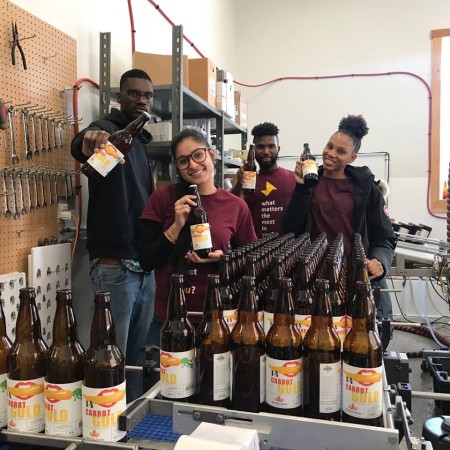 SHELBURNE, NS – Boxing Rock Brewing has announced the release of a new limited edition beer brewed in collaboration with Square Roots, a non-profit organization that works toward reducing food waste at farms and restaurants in Nova Scotia.

14 Carrot Gold (5% abv) is a pale ale that was “made with a whole lot of love, and ‘seconds’ carrots that weren’t pretty enough to be sold in grocery stores”. It’s described as “a mild, earthy pale ale with herbal hops, honey malt and just a hint of carrot flavour.”

14 Carrot Gold is available now in 650 ml bottles at the Boxing Rock retail stores in Shelburne and Halifax. It will also be available at select NSLC locations starting next week.