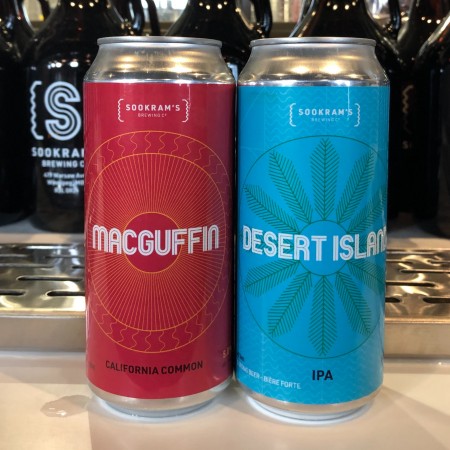 WINNIPEG, MB – Sookram’s Brewing, which opened a month ago in Winnipeg’s Fort Rouge district, has announced that two of its core brands are now available in 473 ml cans.

Desert Island IPA (6.5% abv) and MacGuffin California Common (5% abv) made their debut in the format in mid-March and have almost sold out their first batch, with a second run set to come off the canning line today (APril 2nd).

Cans of both beers will be available at the Sookram’s retail store and select beer retailers in Winnipeg and area, including Craft Beer Quality Inn, Charlsewood Beer Mkt, Riverside, The Nob, and Oui Beer Store.