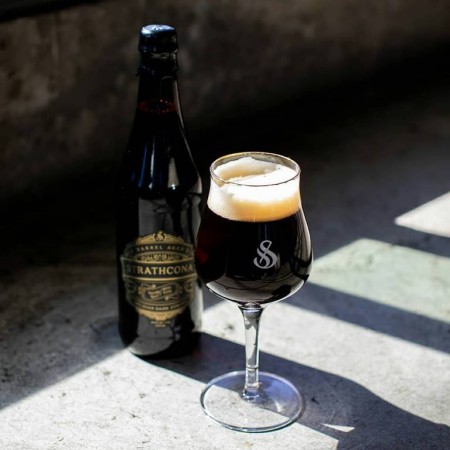 Belgian inspired ale with a base of Weyermann Pilsner, Bairds Maris Otter and Simpsons Aromatic, with the addition of Special B and Dark Candi Syrup. Aged in Cognac Foeders with Brettanomyces, this strong dark ale has deep flavours of toffee, raisins and dried fruit.

Belgian Dark Strong is available now in wax-dipped 650 ml bottles at Strathcona, and will be at select private beer stores starting next week.