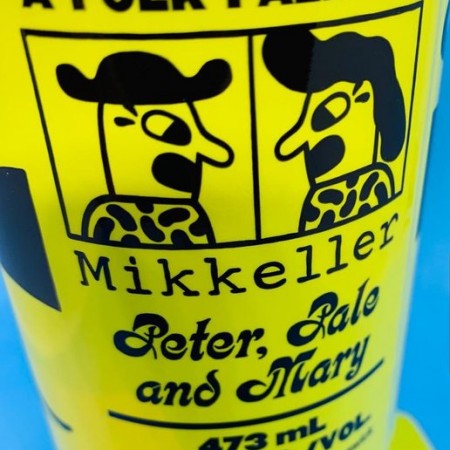 TORONTO, ON – The Craft Brand Co. has announced the release of an Ontario-brewed version of a modern classic ale from Denmark’s Mikkeller Brewing.

Peter, Pale and Mary (4.6% abv) is described as an “American folk pale ale,” and features a “unique blend of fresh, slightly grassy and fruity hops [that] set the tone for a dry and ever-so-slightly biscuity malt base.”

Peter, Pale and Mary is being produced at contract/partner brewing facility Brunswick Bierworks in Toronto for the Ontario market. 473 ml cans are expected to be available in the Brunswick retail store by this weekend, with distribution to local bars and restaurants next week, and an LCBO release to follow on April 15th.