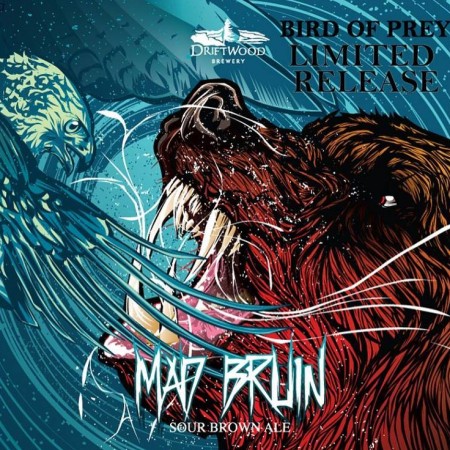 Mad Bruin Sour Brown Ale (7.7% abv) was first brewed in 2012, and is now back in a new vintage that brewer JDub describes as follows:

For many people and brewers around town including brewers here at Driftwood, Mad Bruin was our first exposure to sour beer, so I was very honoured to have the opportunity to recreate this iconic beer. It was an amazing experience which was made even more sweet by the discovery of ORIGINAL MAD BRUIN BARRELS in our cellar from 2012. They were added to the final blend and added deep complexity including fine leather, cocoa, lemons and caramel.

Mad Bruin will be available in 650 ml bottles at Driftwood and select private liquor stores while supplies last.