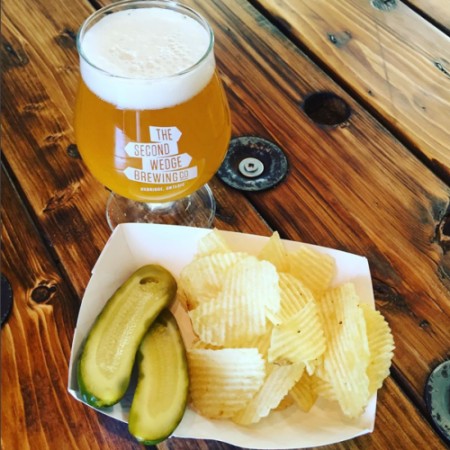 UXBRIDGE, ON – The Second Wedge Brewing has announced the return of a unique spring seasonal ale.

Smoked Wheat on Rye (4.9% abv) is described as follows:

This twist on the traditional Munich wheat beer has a lightly smoked aroma and a crisp, dry finish from additions of oak-smoked wheat and pale rye malts. Low hop bitterness lets these subtle flavours shine. Smoked Wheat on Rye has lingering spice/banana notes, the result of esters produced during its fermentation with weissbier ale yeast. Pairs with smoked fish, potato chips, pickles.

Smoked Wheat on Rye will be available this week in bottles and on tap at The Second Wedge.