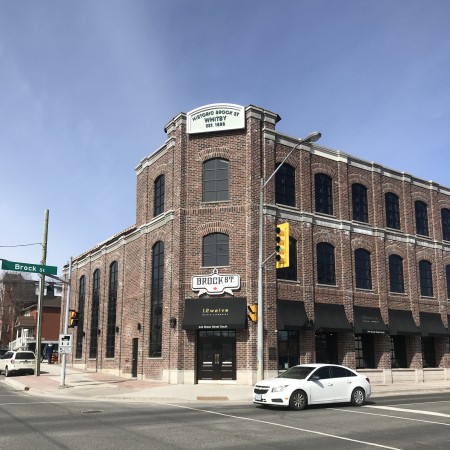 WHITBY, ON – Brock St. Brewing has announced that three and a half years after planning was started, its new flagship location is now open on its namesake street in downtown Whitby.

The 19000 sq. ft. building has been specifically designed to match the architecture of historic downtown Whitby. Inside the space there is an 8000 sq. ft. brewery, a large main floor restaurant  with rollup windows to the street, a bottle shop, a second floor banquet facility which overlooks the brewery, and third floor member’s room.

The interior and the exterior of the building showcase some incredible historic features such as horse hitch rings, solid brick columns, wooden ceilings, and a solid copper bar. The on-site restaurant 12welve Bistro and Tapwerks name pays tribute to Brock Street, also known as Highway 12, and showcases some of Brock Street’s award-winning beers (currently 12 on tap but growing to 20) along with incredible cocktails, wines, spirits with a unique beer-themed gastropub menu. 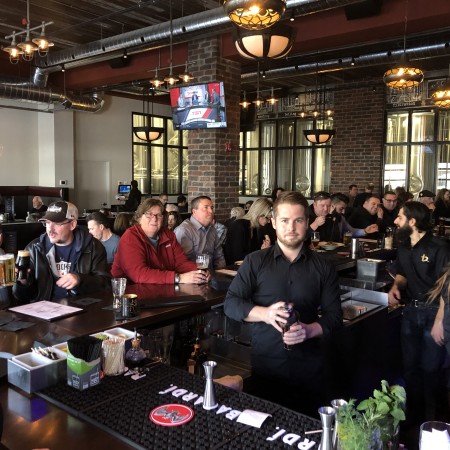 The new Brock St. Brewing is located at 244 Brock St. S. in Whitby, and is open from 11:30 AM daily, with an official grand opening event to be announced soon. The original brewery location at 1501 Hopkins St. is now home to Stuttering John’s Smokehouse, which offers Southern-style BBQ food and Brock St. beers for take-out.