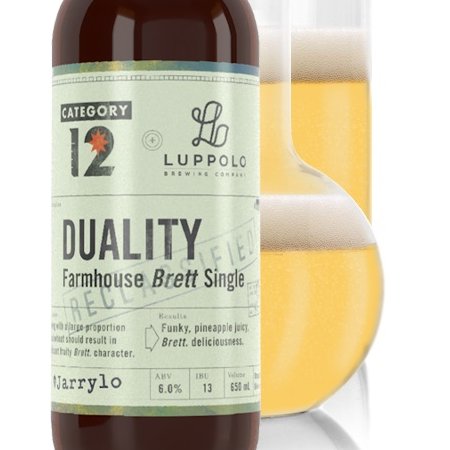 VICTORIA, BC – Category 12 Brewing has announced the release of a new collaboration with Vancouver’s Luppolo Brewing.

Duality (6% abv, 13 IBU) is a Farmhouse ale described as follows:

We love funky yeast strains, and this particular strain of Brettanomyces was used because it’s known to produce amazingly fruity aromas. We chose to use buckwheat in the malt bill because through the “magic” of science, Brett. is able to convert an acid abundant in buckwheat to ethyl caprylate, which smells like fresh pineapple!

Duality is available now at Category 12, and starting next week at select private beer retailers.