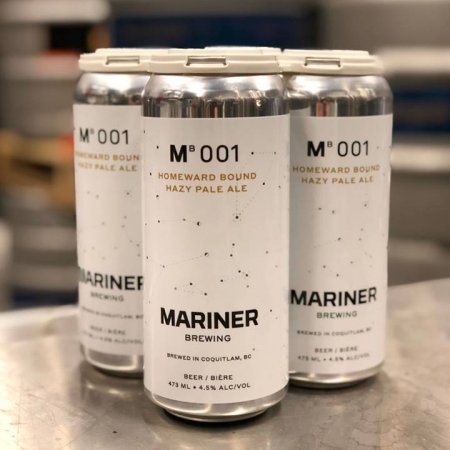 COQUITLAM, BC – Mariner Brewing has announced details of a new charity beer released in collaboration with CRAFT Beer Market.

Homeward Bound Hazy Pale Ale (4.5% abv, 25 IBU) is described as “light bodied and low on bitterness, [and] packed with juicy hop aroma and flavour from Wakatu and Azacca hops.”

Homeward Bound is available now exclusively at Mariner in Coquitlam and CRAFT Beer Market in Vancouver. $1 from each 4-pack of cans sold at Mariner will be donated to the Coquitlam Animal Shelter.