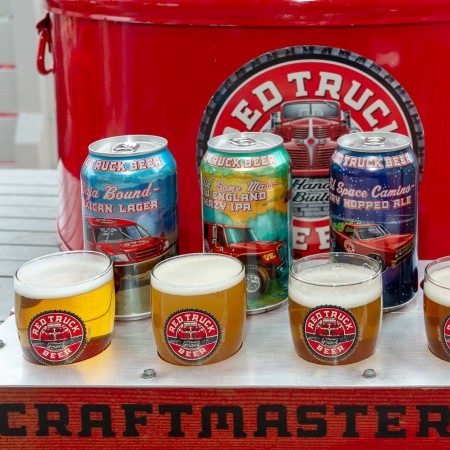 VANCOUVER, BC – Red Truck Beer Company has announced the release of three new seasonal beers, as well as the launch of a new series of limited edition one-offs, and a test run for a potential new year-round brand.

Kicking off the new limited edition series is Espressway Northwest Coffee IPA (7.5% abv, 40 IBU), which will be followed by ‘Round the World Belgian IPA (6.7% abv, 40 IBU) on April 15th, and Deli-Cinq Citrus Sour later this spring.

Finally, May 1st will see the debut of Seas the Day Pacific Ale (4.5% abv, 20 IBU), a session ale that will have a limited release in advance of a possible placement in Red Truck’s core line-up.