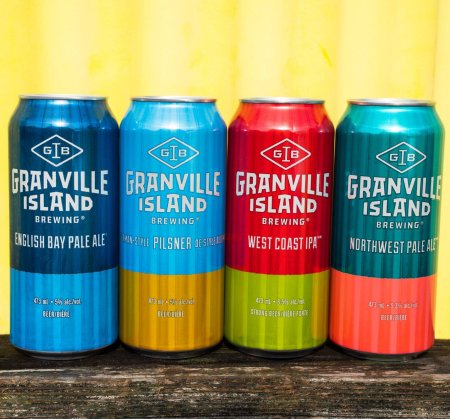 VANCOUVER, BC – Granville Island Brewing has announced the launch of three new year-round beers, as well as a new look for the packaging of its main brands.

All four of the core beers along with the seasonal False Creek Raspberry Ale (4.5% abv) now come in newly designed packaging that features a minimal two-colour look as well as a new GIB logo that “tells the story of the bridge, the brewery and the island – all paying homage to our spot on this funky little island we’ve called home for 35 years.”

As part of this rebranding effort, several of GIB’s core and seasonal beers have been retired, including Sunshine Coast Hefeweizen, Infamous IPA, Maple Shack Cream Ale, Cypress Honey Lager, Island Lager, and Lions Summer Ale. The brewery promises, however, that the popular Lions Winter Ale will return in the autumn.