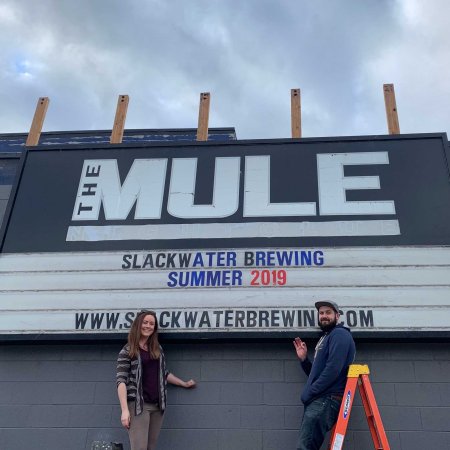 PENTICTON, BC – A new brewery opening later this year in Penticton has announced that it has changed its name due to a legal challenge against its first choice.

Originally planned to be named Hatchery Brewing in honour of founders Liam and Kelsey Peyton’s love of fishing, the brewery will now be known as Slackwater Brewing.

“We really want a brand that echoes our love of the outdoors, most specifically time spent on the water with friends, family and good beer,” says Liam Peyton in a statement about the name change. “We’re in the process of building a vibrant, organic and fun brand and we don’t want to lose that vision. Slackwater not only continues to reflect our love of fishing, but now also embodies more facets of our passions. The team is extremely excited to carry forward the new banner and ultimately, we know our time and resources are best spent ensuring we create the best beer and experience for our guests.”

Slackwater Brewing is expected to open in late May or early June in the former Mule Nightclub at 218 Martin St. in Penticton. It will feature a 286-seat two-level tasting room, as well ground level and rooftop patios.