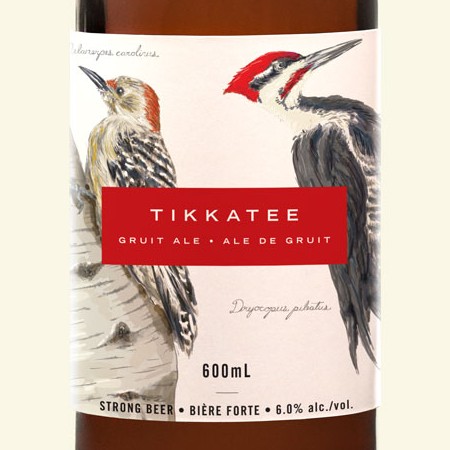 VANKLEEK HILL, ON – Beau’s All Natural Brewing has announced details of the next in its ongoing series of gruits, an ancient style of herbal beer that the brewery has been instrumental in reviving in recent years.

Tikkatee Gruit (6% abv) was brewed using bog myrtle and chaga mushrooms, and is described as follows:

Tikkatee Gruit pours deep hazy gold with a quickly dissipating white foam. The aroma is predominantly herbal with a hint of bubblegum and cinnamon. The flavour is sweet and slightly peppery. The use of Vermont ale yeast creates some apricot-like fruit notes. The finish is mildly tannic and drying.

Tikkatee will be available through the spring at the Beau’s retail store and BYBO delivery service, LCBO locations in Ontario, and select beer retailers in other provinces.