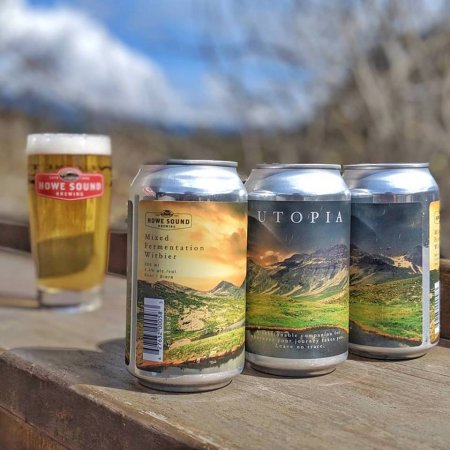 SQUAMISH, BC – Howe Sound Brewing has announced the release of the latest beer in its Utopia Sour Series.

Our Mixed Fermentation Witbier displays the grain bill of a classic Belgian Wit. It is lightly soured in the kettle, then co-fermented with the definitive Wit yeast, and sacc Trois. Present on the nose are the hallmark aromas of coriander and orange peel, which are supported by notes of lemon, lime, and pineapple. The flaked wheat provides a full, pillowy, creaminess on the tongue, which is offset by a subtle tartness.