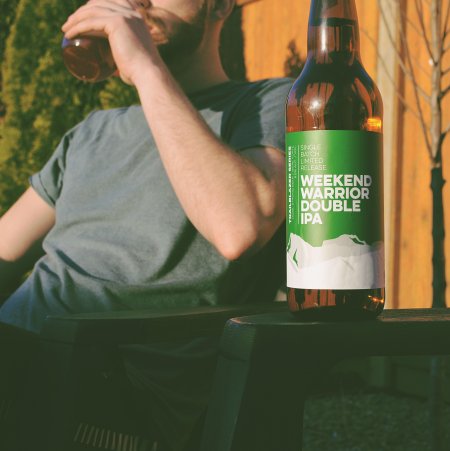 CHILLIWACK, BC – Old Yale Brewing has announced the return of a popular installment in its Trailblazer Series of limited edition beers.

Weekend Warrior Double IPA (8% abv, 80 IBU) was originally released as a draught-only single batch beer in March 2018, and made an appearance in cans last September. Now back for another run, it’s described as follows:

Weekend Warrior Double IPA is a flurry of flavor. Chinook, Simcoe, Centennial and Columbus deliver that classic West Coast Hop Punch. Pine and resin are supported by a hint of tropical citrus, with a pinch of dank goodness rounding it out. Hop forward all the way, with a bit of malt to make this a true Weekend Warrior’s treat.

Weekend Warrior will be available for the spring and summer in 650 ml bottles exclusively at BC Liquor Stores.