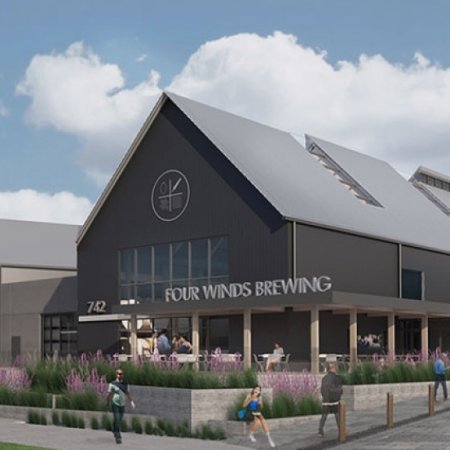 DELTA, BC – A proposed second location for Four Winds Brewing in Southlands, a mixed-use farmlands community being established in the Tsawwassen area of Delta, has been rejected by Delta’s city council.

As originally announced last November, the new facility was planned to be over 30,000 square feet, and would have featured a restaurant and production brewery. As the Southlands project will include 300 acres of farmland, the brewery also planned to grow hops, grains, and other ingredients to be used in its beer and kitchen.

The proposal had met notable opposition from the local community, and had been subject to several hearings and consultations before the vote which took place during a council meeting on Monday April 8th.

Taking into account a memorandum from the Community Planning & Development department, the council rejected the application from Four Winds and Southlands developer Century Group by a vote of 4-3, with Mayor George Harvie siding with the nays.

In addition to the Four Winds facility, a distillery and a winery that Century Group had proposed for adjacent buildings were also rejected in the same vote.

For more details, see a full report from the Delta Optimist.