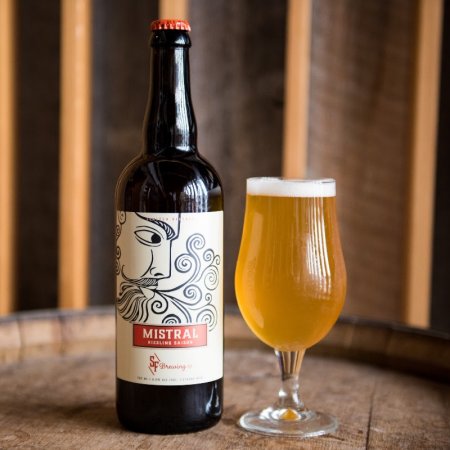 VANCOUVER, BC – Strange Fellows Brewing has announced the return of limited edition barrel-aged beer that was previously released last summer.

Mistral (6% abv) is described as follows:

Celebrated by some as the Wind of Good Health, the Mistral blows from the North, bringing clarity of light & air. While elsewhere may be overcast, this zephyr leaves a path of sunny skies in its wake. With its dry, bright & wine-like character, this Riesling Barrel-aged Saison will drive away the clouds, making way for SPRING.

Mistral will be available tomorrow (April 11th) in 750 ml bottles and on tap at Strange Fellows while supplies last.