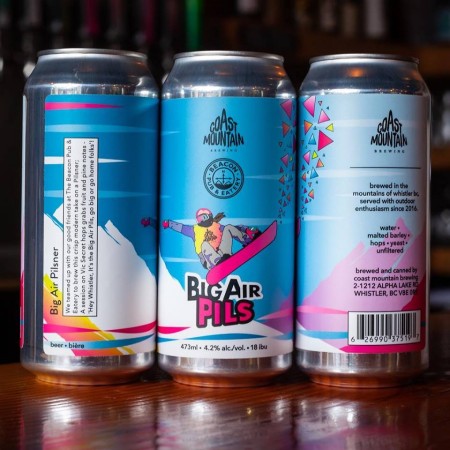 WHISTLER, BC – Coast Mountain Brewing has announced the release of a new limited edition beer brewed in collaboration with the Beacon Pub & Eatery especially for the World Ski and Snowboard Festival, which is currently underway in Whistler.

Big Air Pils (4.2% abv, 18 IBU) is described as “crisp modern take on a Pilsner” that is brewed with Vic Secret hops.

Big Air Pils is available now on tap at Beacon, and in cans at Coast Mountain and private liquor stores in the area.