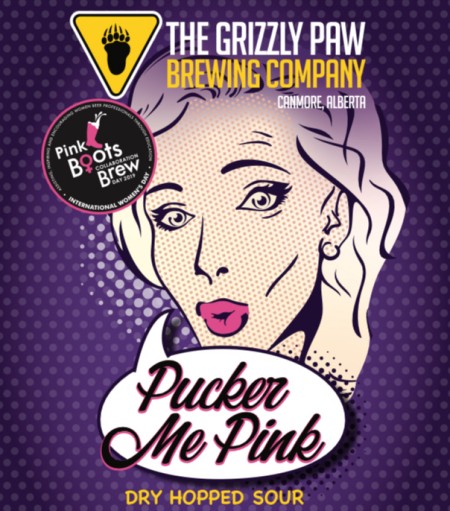 Pucker Me Pink is the brewery’s 3rd annual benefit beer for the Pink Boots Society, with drinkers being warned to “prepare your taste buds to take a tart and juicy journey.” Launching today (April 12th) at 5:00 PM at the original Grizzly Paw brewpub, it will be available on tap and in bomber bottles, with partial proceeds from both to go to the Society.