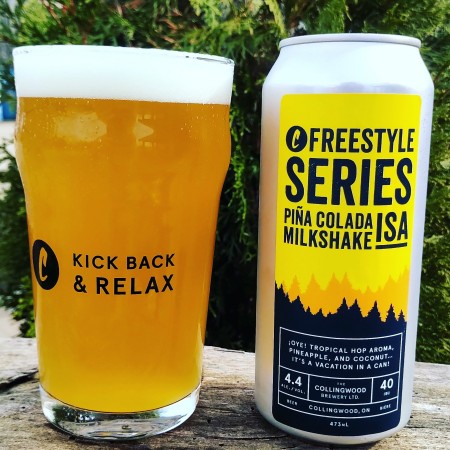 COLLINGWOOD, ON – The Collingwood Brewery has announced the release of the latest in its Freestyle Series of limited edition beers.

Piña Colada Milkshake ISA (4.4% abv, 40 IBU) is “loaded with Mosaic and Simcoe hops with a touch of coconut,” and is described as “a tropical vacation in a can.”

Piña Colada Milkshake ISA is available starting this week at the brewery and select licensees.