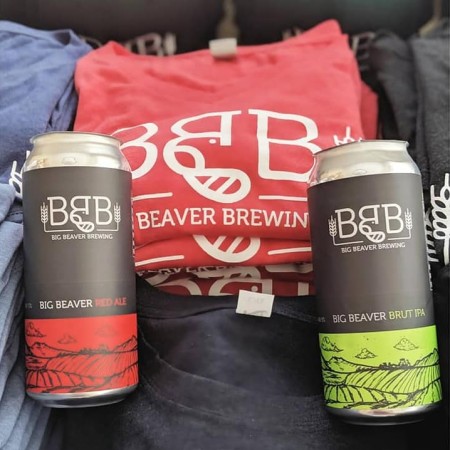 CALGARY, AB – A new Alberta brewing company with a risque-sounding but actually quite innocent name is getting set to release its first beers.

Big Beaver Brewing has been founded by Andrew Tjeltveit, Layne Baty, and Michael Hiltz, and takes its name from a tiny hamlet in Saskatchewan, the province where two of the three owners hail from.

Currently brewing under contract in Calgary while scouting for a bricks-and-mortar location, Big Beaver will be launching with two brands – Brut IPA (5.6% abv) and Red Ale (5.6% abv) – that will be available in 473 ml cans and on draught starting next week.

Big Beaver will also be pouring its beers at the Calgary International Beerfest, taking place May 3rd and 4th at BMO Centre, Stampede Park.