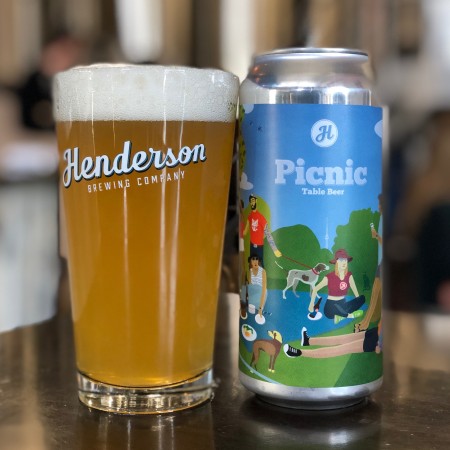 TORONTO, ON – Henderson Brewing has announced details of the latest in its Ides Series of monthly limited edition beers, with this month’s release inspired by the “great and long-standing tradition around drinking beer in your local park”.

April is the perfect month to brew a beer like this. The parkas are off, the sun is finally out, and you want a beer that’s perfect for afternoon hang outs. Picnic Table Beer is just that – it’s light, it’s thirst-quenching, and with just a hint of citrus, so there’s a little more character than your typical light beer, but not sugar-y and overwhelming as a radler can sometimes be.

Picnic Table Beer is being released today (April 18th) at Henderson with a launch party starting at 6:00 PM, featuring samples of the new beer and free picnic-themed food from farm-to-table restaurant FARMR. For more details, see the Facebook event listing.