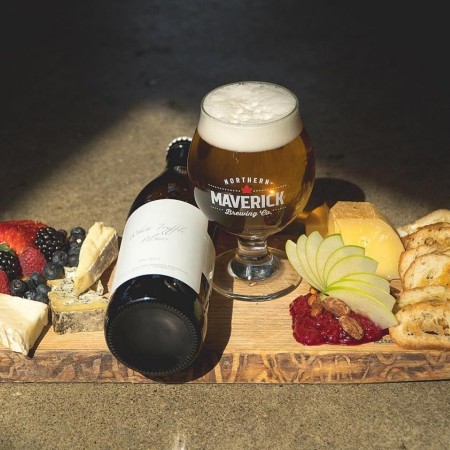 TORONTO, ON – Northern Maverick Brewing has announced the release of what is believed to be the first beer to be brewed in Canada using a particular ingredient not typically used in brewing.

Developed by brewmaster Andrew Crowder and owner Jason Kaptyn over the course of many months of experimentation with different beer styles to see which would be best complimented by the addition of the truffles, the resulting beer has the following tasting notes:

A spicy noble hop and a toasty pilsner malt on the palate, the White Truffle Pilsner finishes crisp and clean with a mild bitterness. With a robust hop character, but an overall delicate flavour profile and a hint of truffle, its a versatile craft beer in terms of food pairing. It’s quaffable which also makes it enjoyable on its own.

According to Northern Maverick executive chef Andrew Dahl, the new beer is a great companion to food, and “pair[s] well with a variety of classic items like soft cheeses, simple pastas, scallops and roasted red meats.”

White Truffle Pilsner is launching today (April 18th) at Northern Maverick, and will be available on tap in the restaurant and in bottles in the retail shop while supplies last.