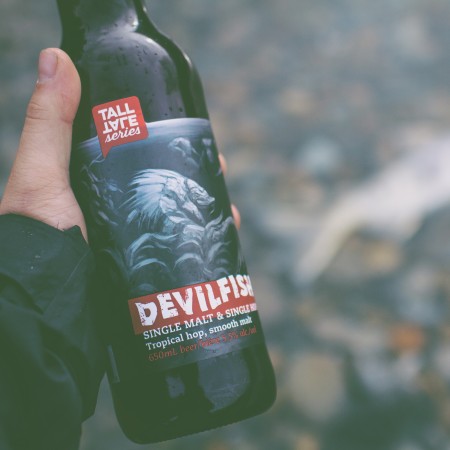 CHILLIWACK, BC – Old Yale Brewing has announced the return of an old favourite from the brewery’s Tall Tale Series of seasonal beers.

Devilfish is a SMaSH (single malt and single hop) IPA, allowing us to showcase two ingredients. In this case, it’s an Australian hop, Ella and Amber malt. Ella is the sister to the ever-popular Galaxy Hop (found in our West Coast IPA and Knotty Blonde Ale) but has a slightly different profile providing floral and spice when added during the boil, but tropical fruit character during dry-hopping. Amber malt as the name suggests, lends a slightly darker red tone, while also adding a little extra malty toastiness to counter the heavy hop addition.

Devilfish IPA is available now in 650 ml bottles and on draught for a limited time.