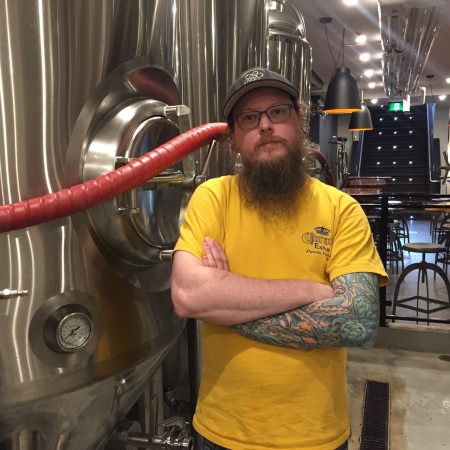 Originally a chef from the prairies, Tower was inspired to take up brewing after seeing an article in a food magazine about the Brewmaster & Brewery Operations course at Niagara College. The self-described “chef brewer hybrid” relocated to Ontario to enroll in the program – which he graduated from last August – and also took up homebrewing and trained as a BJCP judge to further his beer and brewing knowledge.

Tower’s first brew for The Six was a new batch of the brewery’s flagship Streetcar Delay IPA, which is described as follows:

Resinous, piney hops threaten to rough up the palate, but a silky soft body smooths over and gently beckons another sip. Double dry-hopped with Mosaic, Amarillo, and Simcoe.

For his first new beer, Tower developed 777 Pale Ale, a single-hop beer with the following notes:

This Hazy Pale Ale is an extremely refreshing and juicy ale. Dry hopped with Simcoe hops for notes of grapefruit, mango, and melon.

Both beers are now on tap at The Six for glasses and crowler fills, and bottles of Streetcar Delay IPA are also available in the retail shop.