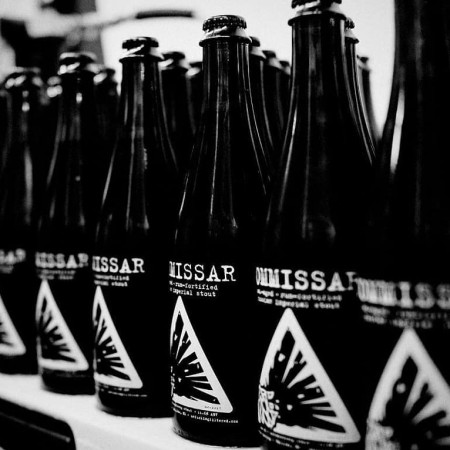 HALIFAX, NS – Unfiltered Brewing has announced the latest vintage of a beer that is only brewed and released once every two years.

Commissar Russian Imperial Stout (11.2% abv) is a revival of a beer that Nash originally created during his time at the Hart & Thistle Brewpub. It’s described in Unfiltered’s typically profane fashion as follows:

The new edition of Commissar will be released tomorrow (Good Friday, April 19th) at 12:00 noon, and will be available in bottles at the Unfiltered retail store and on tap in the brewery’s Charm School Pub while supplies last.