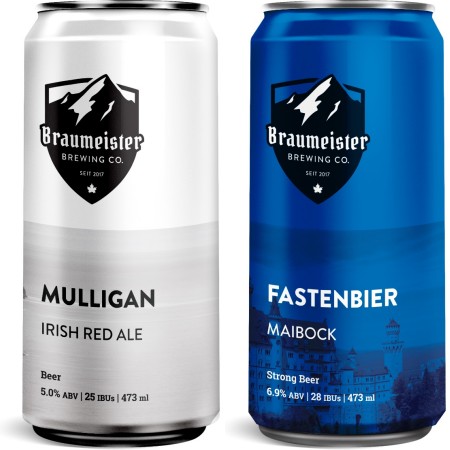 Mulligan Irish Red Ale (5% abv, 25 IBU) is described as having “a deep ruby colour and big malt character [with] mild notes of caramel and chocolate, along with traditional English hops, [to] give this beer a well-balanced flavour.”

Fastenbier Maibock (6.9% abv, 28 IBU) is “a full bodied, golden coloured beer with an intense malty sweetness, and balanced by a generous addition of noble hops.”

Both beers will be available tomorrow (April 23rd) on tap and in cans at the Braumeister taproom and shop.