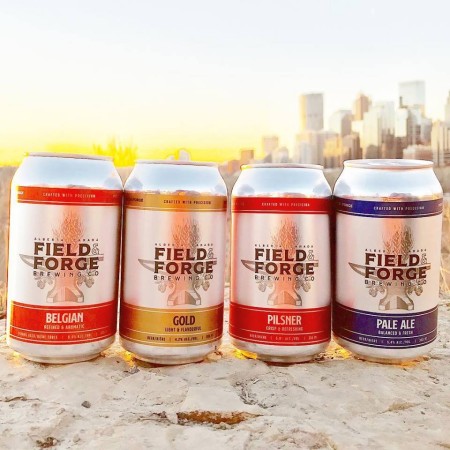 INNISFAIL, AB – A new brewery in central Alberta focussed on creating “precision crafted, highly approachable and flavourful beer” has announced the release of its first products.

Field & Forge Brewing is located in Innisfail, a town south of Red Deer in the Calgary-Edmonton Corridor, and has launched with a line-up of four core brands including Belgian Ale (6% abv), Pilsner (5% abv), Pale Ale (5.4% abv), and Gold Ale (4.2% abv).

Field & Forge beers are currently available in 355 ml cans at select licensees and beer retailers in Alberta. A taproom, restaurant, and retail store will be opening at the brewery later this year.