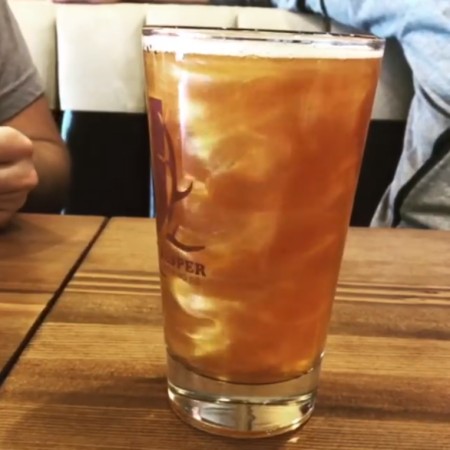 JASPER, AB – Jasper Brewing has announced the release of a special beer for the upcoming 10th anniversary edition of Jasper Pride.

Head brewer Spike Baker has taken a batch of the brewery’s flagship Jasper The Bear (5% abv, 15 IBU) – a golden ale brewed with coriander and honey – and has added edible glitter to create a “shimmery golden elixir”.

The glittery brew will be officially launched at the brewery on Thursday April 25th at 9:00 PM, and it will also be available at several other bars and restaurants in Jasper, with $1 from each pint sold to be donated to the Jasper Pride Festival Society.

Jasper Pride 2019 will take place on April 25th to 28th, with events taking place at multiple venues in and around Jasper.