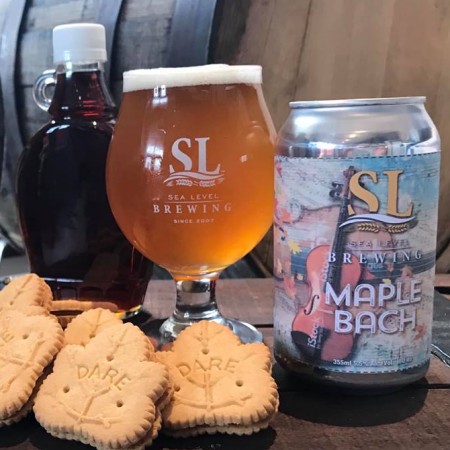 This German Style Bock is a symphony in “Sea” Major – composed of our own Synergy Malt, slowly fermented with a Pilsner yeast and a touch of German Hallertau Hops lagered at zero degrees for 3 weeks, then infused with our own Estate Maple Syrup. The result is beautifully flavoured chords of Malt with subtle Hop and Maple harmonies.

Maple Bach will be released on Friday April 26th, and will be available in 355 ml cans and growlers at the brewery, and on tap at select locations.