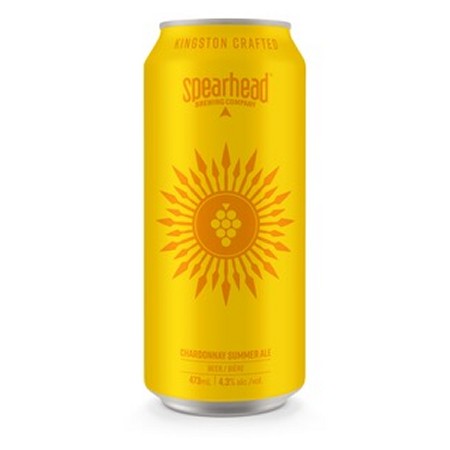 KINGSTON, ON – Spearhead Brewing has announced a summer seasonal brand that debuted last year is now back under a slightly different name.

Characterized as a refreshing ale and white wine hybrid, Chardonnay Summer Ale is a delicate and balanced beer with herbal and citrus aromas and a very light, and very fruity finish. “It’s very light tasting,” explains Spearhead Brewmaster, Tomas Schmidt. “But it has a wine character to it from the Chardonnay juice. We’ve really designed it for enjoying while sitting outside in the sun. It pairs well with fruit or a light salad, and seafood.”

While Summer Ale has remained in stock at the Spearhead brewery store year-round due to popular demand, it hasn’t been available elsewhere since last summer. The relaunched and rebranded version will be available in 473 ml cans at LCBO locations from this week through to September, and cans and kegs will also be available to licensees throughout Ontario.