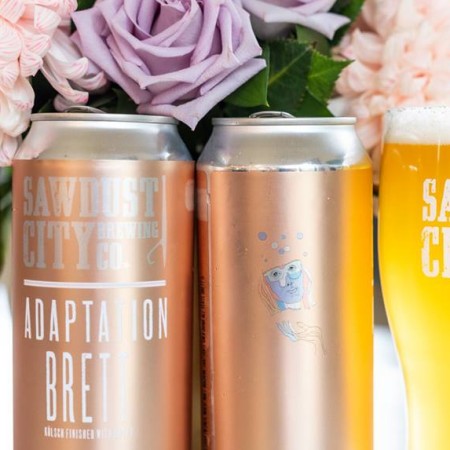 GRAVENHURST, ON – Sawdust City Brewing has announced the latest in its Adaptation series of variants on Gateway Kölsch as the 17th of its 52 weekly beer releases for 2019.

We pitched Brett D during primary fermentation to see how the flavour was affected and the results are fantastic. You still get the drinkability of our Kölsch, with its mild, cracker malt body and light bitterness, but with a distinct Brett farmhouse aroma. The final result is slightly citrusy, like overripe pineapple, yet still pleasant and approachable. With a mild malt body, distinctly fruity middle and very dry finish, the flavour isn’t overwhelming but it gives you a good idea of how a secondary Brett fermentation can affect an otherwise clean beer.

Adaptation Brett will be available starting today (April 25th) at the Sawdust City retail shop and online store, as well as select beer bars in Ontario, while supplies last.