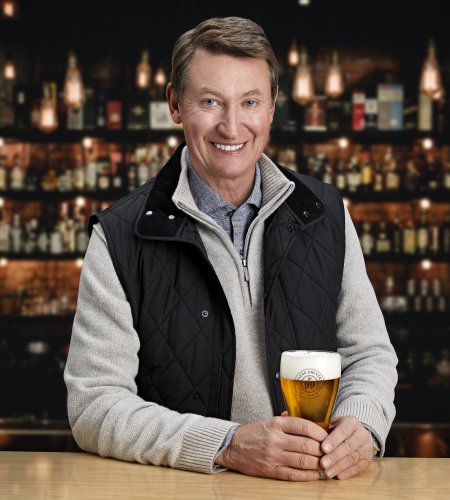 NIAGARA-ON-THE-LAKE, ON – Andrew Peller Limited has announced that its popular Wayne Gretzky Estates wine and spirits portfolio is expanding into the beer market with the launch of Wayne Gretzky Craft Brewing.

The first release from the new venture is No. 99 Rye Lager (5% abv), which is described as follows:

Starting with a classic Canadian Lager, we turned up the flavour by adding Canadian Winter Rye – a grain with a unique heartiness built to survive cold Canadian winters. The inclusion in No. 99 Rye Lager brings a result unlike any other beer with an extra layer of depth, zest and freshness to its’ smooth malt and light hops flavour of a classic Canadian Lager. This beer is well balanced and delicate on the palate, designed to be easy drinking and refreshing.

No. 99 Rye Lager was created by Joshua Beach, master distiller for Wayne Gretzky Estates whisky, with input from Gretzky himself.

The announcement also notes that this move represents a return to the brewing industry for the Peller family and company, as founder Andrew Peller – grandfather of current company head John Peller – “started his career in the 1930’s as a brewmaster at E.P. Taylor Canadian brewing, which led him to open his own brewery, Peller Brewing Company in 1947, in Hamilton.”

Wayne Gretzky No. 99 Rye Lager will be available this weekend at Wayne Gretsky Estates, and starting in May at LCBO stores and select licensees in Ontario. For more details, see the Wayne Gretzky Estates website.