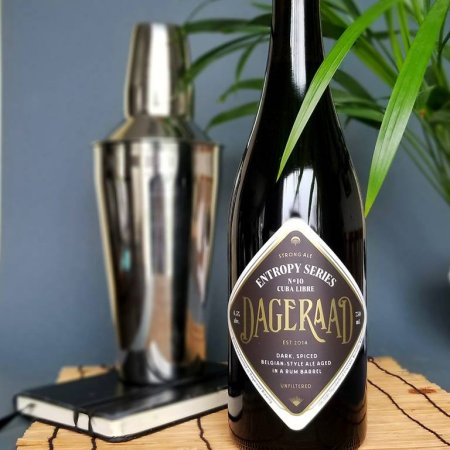 BURNABY, BC – Dageraad Brewing has announced release details for the latest in its Entropy Series of limited edition barrel-aged beers.

Entropy Series No. 10: Cuba Libre (6.5% abv) is described as “a dark ale with citrus notes, aged in rum barrels to craft an effervescent, complex beer with a measure of vanilla and spice.”

Entropy Series No. 10 will be released tomorrow (April 27th) in a limited run of 750 ml bottles available exclusively at the Dageraad taproom and retail store. Due to the small size of the batch, it is expected to sell out over the weekend.