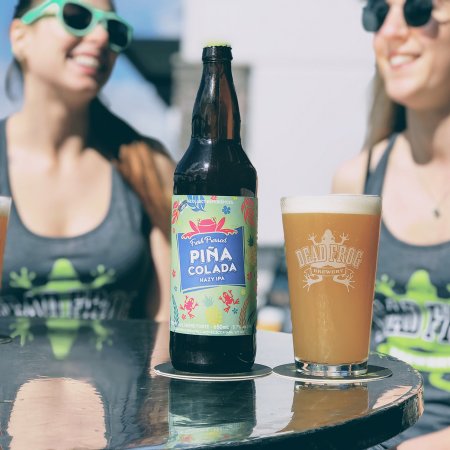 A refreshing hazy IPA with tropical flavours of mango and papaya from tropical dry hopping, with a blast of all natural coconut and pineapple. Golden in colour, bold in flavour, and perfect for summertime sipping.

The new beer will be released tomorrow (April 27th) at the brewery with a Fiesta starting at 11:00 AM, where it will be available on tap in both regular and nitro versions, and in 650 ml bottles and growler fills. The day will also include two new nacho options on the food menu, and a pinata smash.

Fresh Pressed Piña Colada Hazy IPA will be available from May to September at Dead Frog and select retailers and licencees in British Columbia.