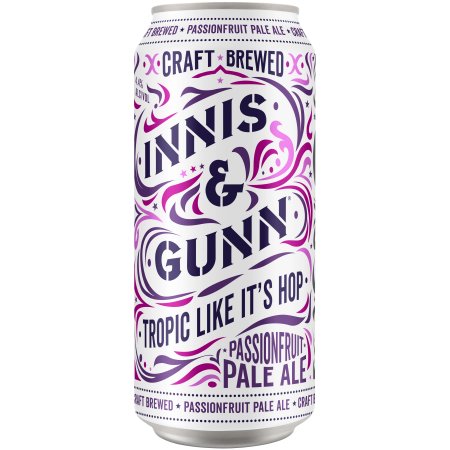 TORONTO, ON – Innis & Gunn has announced details of its latest limited edition seasonal release for the Canadian market.

Tropic Like It’s Hop (4.4% abv, 24 IBU) is a flavoured pale ale that “combines spiky Mosaic and Citra hops with juicy passionfruit for a beer that’s bursting with refreshing and tropical flavour.”