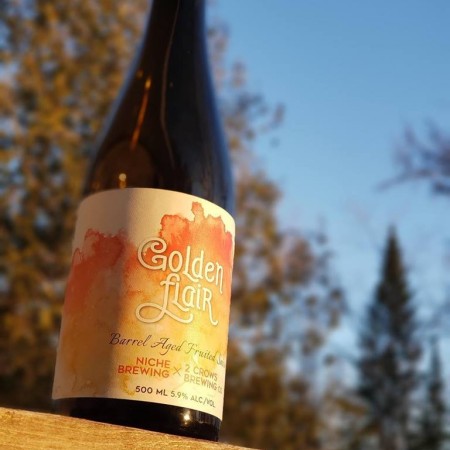 HANWELL, NB – Niche Brewing has announced the release of a new collaboration with Halifax’s 2 Crows Brewing.

Golden Flair is a Saison brewed with Pilsner, Oats and Spelt. Fermented with a combination of house cultures from both breweries, it was aged in a single Chardonnay barrel. Apricot purée was added before packaging, as well as a dry-hop of El Dorado and Ekuanot. The result is a beer that features a lot of yeast character, with subtle amounts of funk, apricot, tropical fruit, and a bit of oak to complement.

Golden Flair is out now in 500 ml bottles and will be available at ANBL locations throughout New Brunswick.