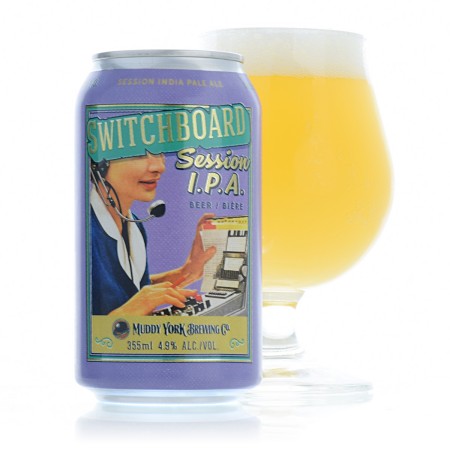 TORONTO, ON – Muddy York Brewing has announced the release of a second brand at LCBO and grocery store locations in Ontario.

Switchboard has a wonderful balance of peach, mango, pineapple and melon notes. The hop character is very well balanced and clearly defined, but it has very little bitterness. It’s the perfect beer when people are looking for something with a lot of refreshing flavours and a lower ABV.

Switchboard Session IPA is available now in 355 ml cans at LCBO stores, and will be distributed to licensed grocery stores in coming weeks. It also remains available at the Muddy York retail store and online shop.