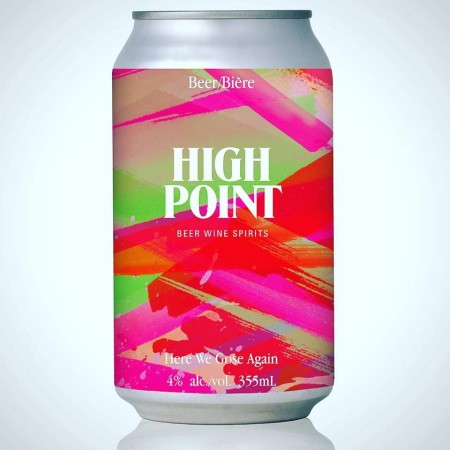 VANCOUVER, BC – High Point Liquor Store has announced the release of its second in a series of collaborations with the breweries of East Vancouver.

Here We Gose Again (4% abv) was brewed by Strathcona Beer Company, and is described as a “strawberry and rhubarb Gose style beer to take you back to longer days, beach days, and lots of patio days.”

Here We Gose Again is available now in 6×355 ml cans at High Point, and a launch event will take place at Strathcona on Thursday May 2nd from 4:00 to 8:00 PM.