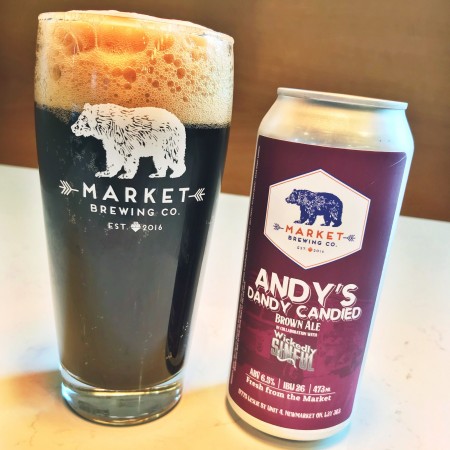 NEWMARKET, ON – Market Brewing has announced the release of a new limited edition beer brewed in collaboration with local poutine truck Wickedly Sinful.

Before this Brown Ale was done fermenting, we pulled off 20L, Wickedly Sinful boiled it down to reduce to a syrup base for candy that would end up going back into the beer. Notes of caramel, toffee, chocolate, and coffee come from the complex malt bill, and the extra boiling, caramelization, and sugar from the candy addition amplifies them.