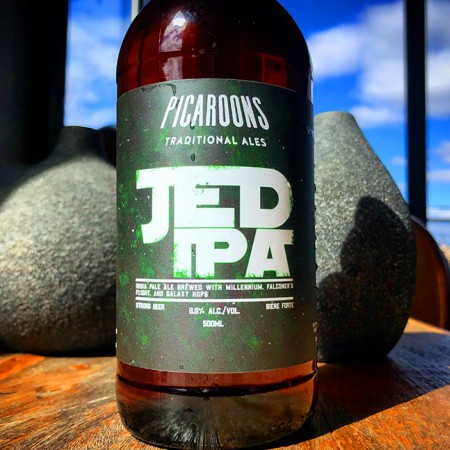 FREDERICTON, NB – Picaroons Traditional Ales has announced the release of a limited seasonal beer for 2019 edition of Star Wars Day.

JED IPA (6.6% abv) was brewed with three thematically suitable hops – Millennium, Falconer’s Flight, and Galaxy – and is described as “pleasantly citrusy and resiny”.

JED IPA is out now in 500 ml bottles, and will be available by the weekend at all Picaroons-owned establishments in New Brunswick and select ANBL stores.