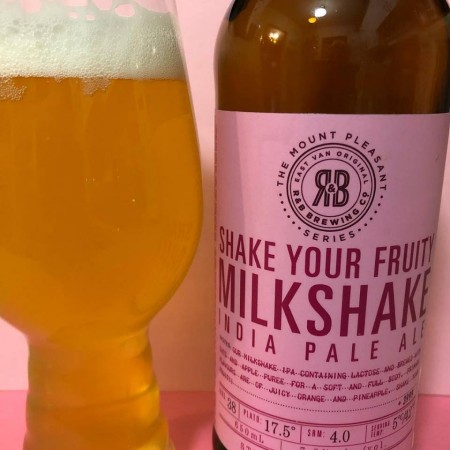 VANCOUVER, BC – R&B Brewing has announced return of a popular release in its Mount Pleasant Series of limited edition beers, named for the East Vancouver neighbourhood where the brewery has been located since opening in 1997.

What is a Milkshake IPA? It’s not just a clever name – these are hoppy beers, brewed with oats and lactose sugar in order to produce a thick, milky, sweet, and often fruity brew. To the beer world, this brew style resembles a classic milkshake. Shake Your Fruity is brewed with oats and apple puree for a soft and full body. Primary flavours are of juicy orange and pineapple.

Shake Your Fruity is available now in 650 ml bottles and on the growler station at R&B, and soon at select private liquor stores.